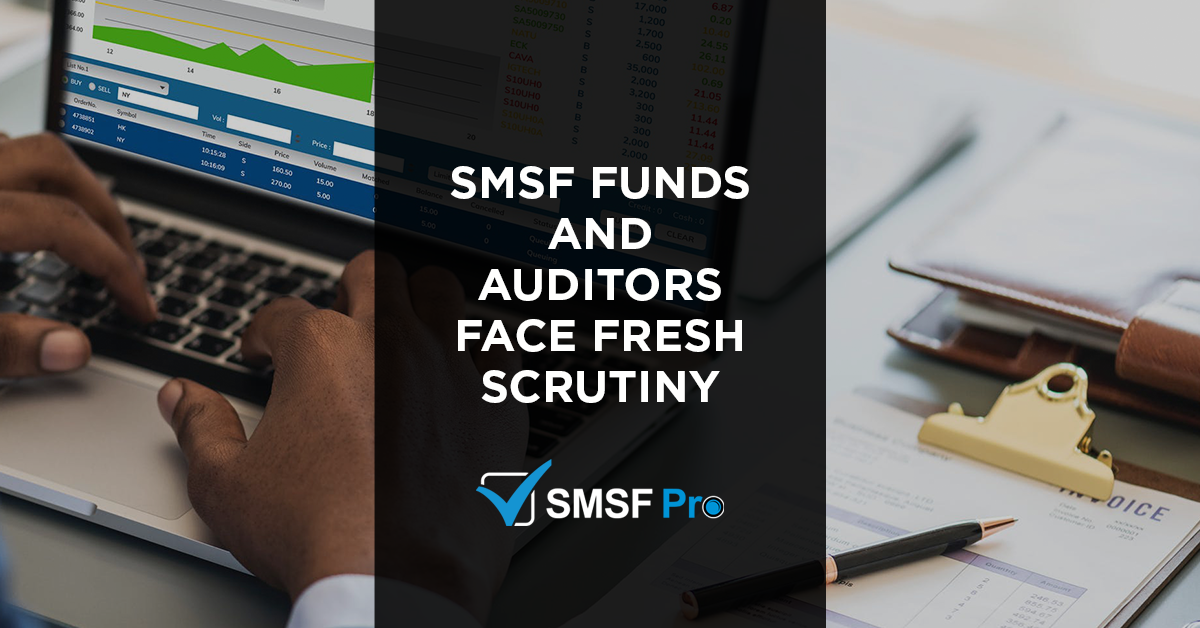 A recent ruling at the Supreme Court of New South Wales may have set a legal precedent for SMSF auditors.

The courts found a second auditor responsible for a substantial portion of an SMSF’s losses.

The case of Ryan Wealth Holdings v Baumgartner found the auditor liable for 80 per cent of the losses.

This ruling was made in February 2019, and sends a strong warning to SMSF auditors.

Fund Managers are Under Investigation Too

It’s not just SMSF auditors that are under investigation.

The Super funds themselves are also facing investigation, with 100 SMSFs to be investigated over the course of the 2019 financial year.

This is after the ATO noticed that there were some worrying trends among funds relating to the use of approved auditors.

The ATO plans to investigate more than 100 SMSFs, because of reports of an auditor number being used on annual returns, without the authority of that auditor.

Trustees have been warned that they can avoid errors and penalties by checking that the number on the return matches the number of the auditor who is responsible for the fund.

They shouldn’t lodge their return until they have confirmed that the audit was actually completed.

Changes to the Audit Cycle

The government is changing the way that SMSF funds are monitored. The changes could cut yearly fees, but greatly increase the risk of a penalty.

While the prospect of lower fees is welcomed, there are critics who feel that the proposals were simply a bid to win favour in the run-up to the 2019 election.

Overall, the super fund sector has been found to be generally compliant, however, there are some areas where audit quality has been called into question.

A lack of segregation of duties is one area where there are a number of red flags.

Staff who are providing accounting and tax services for a fund are not permitted to also audit that fund.

The ATO has noticed a number of cases where fund managers are auditing their own funds, and also instances where the auditor and accountant are related.

Auditors should be independent, and ideally, the fund should not be audited by the same auditor on a regular basis.

Even if the accountant and auditor are not related, this creates a self-interest threat as the auditor wants repeat business.

The ATO notes that the number of self-audits has fallen dramatically, down from 100 in 2014 to 20 per year in the most recent checks, however, they are concerned that it isn’t happening at all.

Each year, the ATO receives at least 8000 auditor contravention reports.

They expect that all auditors will come across at least a small number of contraventions, although most will be minor issues that do not require the ATO to intervene.

The ATO is concerned that auditors who are not filing any ACR reports are failing to gather enough evidence of compliance and do not understand the strict requirements that funds must meet.

SMSFs remain a good investment option, but the increased scrutiny could be a source of worry for trustees over the next couple of years.

If you are a fund trustee, then you should familiarise yourself with the new rules and seek advice about how audits should be performed.

It pays to change your auditor from time to time to ensure independence and that you are getting a detailed and professional audit for the fund.

SMSF Pro has years of expertise in the Self Managed Super Fund arena and is able to conduct quick and independent SMSF audits for a flat fee.

Please call us today on 1300 023 374 or message us through our website https://smsf-auditor.com.au/contact/ for all your Self Managed Super Fund requirements.